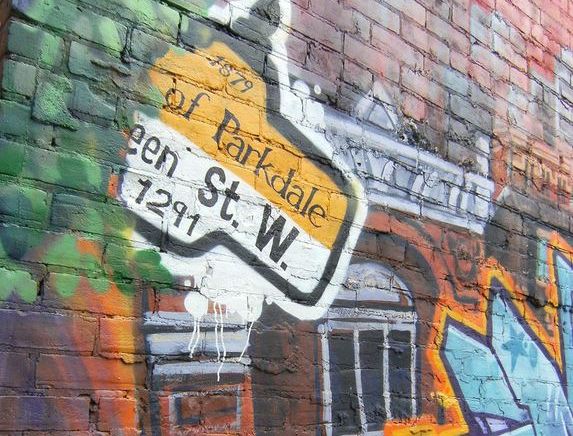 There is a lot more to know and understand when referring to the once ‘don’t cross that line – hood’ in Toronto. This quickly gentrifying hipster haven is more than just tree lined streets and bourbon cocktails.

Many of those whom live, work and play in Parkdale are new to Canada. They get their start in those who call the area of Parkdale home, will be the first to mention how lucky they are to live in close proximity to what vogue has named Queen West the second hippest neighbourhood in the word.

Notably known for being home to some of Canada’s most innovative Café’s Restaurants and Bars makes it a great place to have an empty stomach. Toronto’s west side is graced with a fueling amount of emotional significance in regards to it’s fascinating history – A local legend states that Gypsies were signed up as local residents to provide enough numbers. Parkdale’s status as an independent village was controversial at the time, and was opposed by the City of Toronto and the York County councils.

Since 2010, there has been an increase in restaurants and bars along the Queen West strip.There are several plus’ involved in living in a tight community overflowing with vibrant culture. The area is so dynamic because of the influx of new families immigrating to Canada. Presently, Parkdale hosts a large amount of Tibetan settlers with this area being home to one of the largest Tibetan diaspora outside of India and Nepal.

Today, Parkdale is a working class neighbohood, consisting of a mélange of working class individuals, new immigrants, an abundance of artists as well as young professionals. Neighbouring commercial districts include Roncesvalles, King West as well as Dufferin Street.