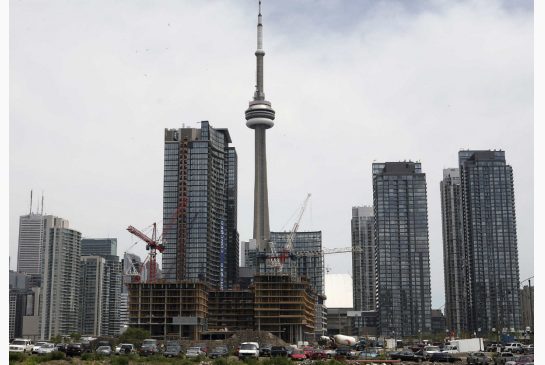 Look up to the sky, it’s a bird, it’s a plane … oh no indeed there are so many cranes. Around mid-February there was a whopping 154 counted cranes (to be exact) in the GTA. These cranes translate into 46,364 condo units under construction. Many wonder if those development numbers are way to high, the truth is Toronto actually needs every one of those cranes to keep up with the demand.

First and foremost, Toronto is a great place to live. Toronto was ranked the 4th most liveable city in the world in 2014 by the Economist. In terms of economic development within Canada – Toronto is the conductor. 162 out of 500 Corporate Head Offices take residence here in Toronto. These statistics have been studied not only for growth purposes but also when dealing with international business. Secondly, Toronto is the most multicultural city in the world, 47% of the population have a mother tongue in a language, which isn’t English or French and have also reported themselves as being apart of a visible minority. 140+ dialects are spoken and Toronto’s population is approximately 1.2 million and growing daily!

Lastly, we cannot forget the aging population. Many baby-boomers exiting the workforce are heading for retirement and looking to kick their feet up and downsize by either selling or renting out their property and moving closer to the core of the city for convenience purposes.

Each one of these indicators has lead to immense job creation in Toronto as well a substantial amount of people immigrating and migrating to Ontario’s capital. These numbers also reflect a positive amount of capital investment into the city.

When we take a deeper look at who exactly is currently living in condos, half of the downtown population consists of Millennials. Millennials are young professionals that live, work and play downtown, and came into the world in the late 80’s and early 90’s.

Time incentives : finding a condo / apartment where they can walk to and from work in a maximum of 30 minutes.

Convenience : amenities; when outside of their condo / apartment – a grocery store, pharmacy, restaurants and coffee shops are all within a stones throw.

Affordability : the price gap between a low rise home and a condo has grown close to $251,000 in Toronto. Plus not having the extra expense of a car (payments, insurance, gas and maintenance) is great for the pocket.

With the current millennial population choosing condos over houses, adding the populations increase of 100k annually with citizens arriving and settling from across Canada and internationally as well as the downsizing baby boomers – the results show that indeed we are experiencing a house shortage versus a condo bubble.